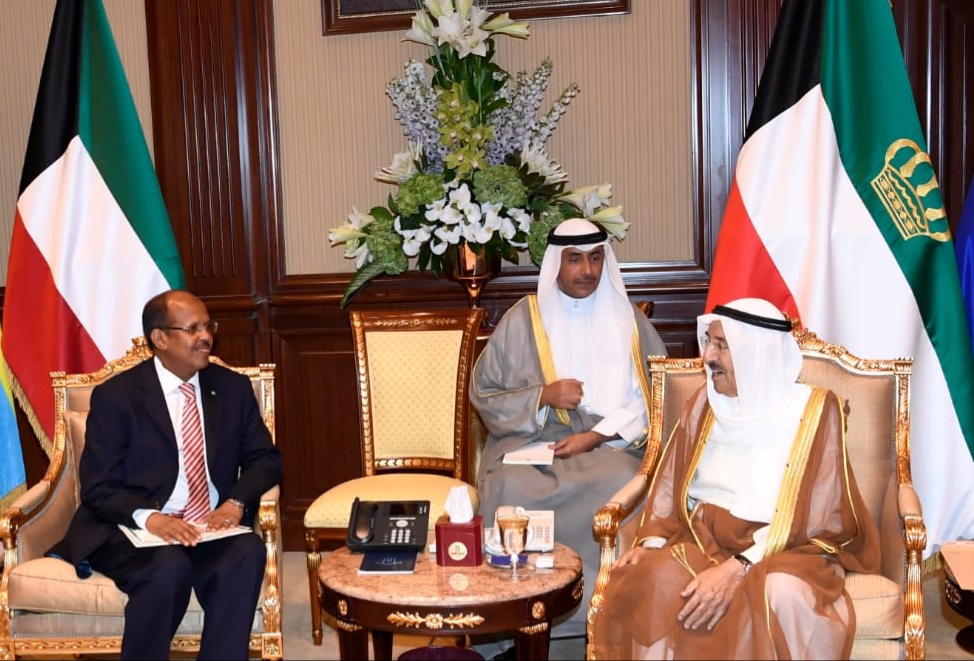 H.E Mr. Mahmoud Ali Youssouf, Minister of Foreign Affairs and International Cooperation, paid an official visit to the State of Kuwait from 17 - 18 July 2019. During his visit H.E Mahmoud met His Highness Sheikh Sabah Al-Ahmad Al-Jaber Al-Sabah, Amir of the State of Kuwait, to convey a written message from his brother H.E Ismail Omar Gulleh, President of the Republic, concering the delevopment of the relations between the two brotherly countries.

The Minister also met with his counterpart Sabah Al-Khalid Al-Hamad Al-Sabah, Deputy Prime Minister and Minister of Foreign Affairs. The two sides discussed ways to develop the strong relationship between the two countries in all fields also reviewed Arab and regional issues. The two sides signed a three agreement regarding the cooperation in the field of culture and arts , a memorandum of understanding for joint cooperation between the two diplomatic institutions and also memorandum on Exemption of the visa for the holders of diplomatic and special passports between the two countries.

The Minister also had a meeting with the Deputy Director General of the Kuwait Fund for Arab Economic Development at the headquarters of the Fund. The two sides discussed ways of developing the relationship between the Republic of Djibouti and the Fund in all projects financed by the Fund and overcoming all the problems facing these projects.The Minister also visited the Kuwait Foundation for the Advancement of Sciences (KFAS) and met with the Director General of the Foundation, who presented to the Minister the activities of the Foundation.